Our team at 1st Bank Yuma would like to honor the legacy of Stephen P. Shadle’s contributions to banking and philanthropy in Yuma County. Steve was instrumental in helping the Yuma banking industry grow and thrive from the 1960’s to the present day. His leadership was crucial in guiding 1st Bank Yuma to nearly 20 years of consistent and long-term success.

Banking was in the Shadle family DNA, below are some of the highlights in his banking journey.

Steve would be the first to share that he could not have accomplished most of what the family achieved, without “Bobbie” his best friend, business partner/advisor and beloved wife of 63 years. Steve and Bobbie valued their community and charitable organizations. The Chamber of Commerce, Red Cross, Caballeros de Yuma, GYEDC, Rotary and countless other groups that helped make Yuma a better place to live. Steve and Bobbie were bestowed the 2009 “Philanthropist of the Year” by the Arizona Community Foundation of Yuma. The Shadle Foundation and the Shadle Charitable Trust will continue their legacy in Yuma for years to come.

1st Bank Yuma fondly remembers Stephen Philip Shadle for all of his contributions to the Yuma County banking industry and his generous philanthropic footprint. 1st Bank Yuma became the thriving successful community bank that it is today, in part because of Steve’s banking legacy and vision. 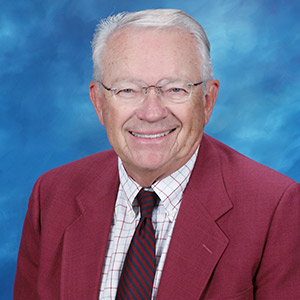 1st Bank Yuma is committed to ensuring the safety of your financial information. To protect you, please do not send confidential information such as Social Security Numbers, Account Numbers, Login Names or Passwords when communicating via our online form or email.